We can say that there is no limit to the use our pressure and temperature monitoring system - ContiPressureCheck. This solution is applicable in ever new group of vehicles or machines and successfully protects the tires, whose value often exceeds several thousands or even tens of thousands of Polish zlotys.

Lately, TPMS system has been applied in a wide range of equipment used for transshipment of containers. These are reach stackers or straddle carriers which work in marine and land intermodal terminals. The largest manufacturer of equipment used in transshipment of containers is Kalmar Cargotec company, which has its production plant Cargotec Poland Sp. z o.o. in Stargard Szczeciński, Poland. ContiPressureCheck system has been recently installed in nine Kalmar Straddle Carrier vehicles, which are mainly used for loading and unloading containers and vehicles. They will work in one of marine terminals in Germany. 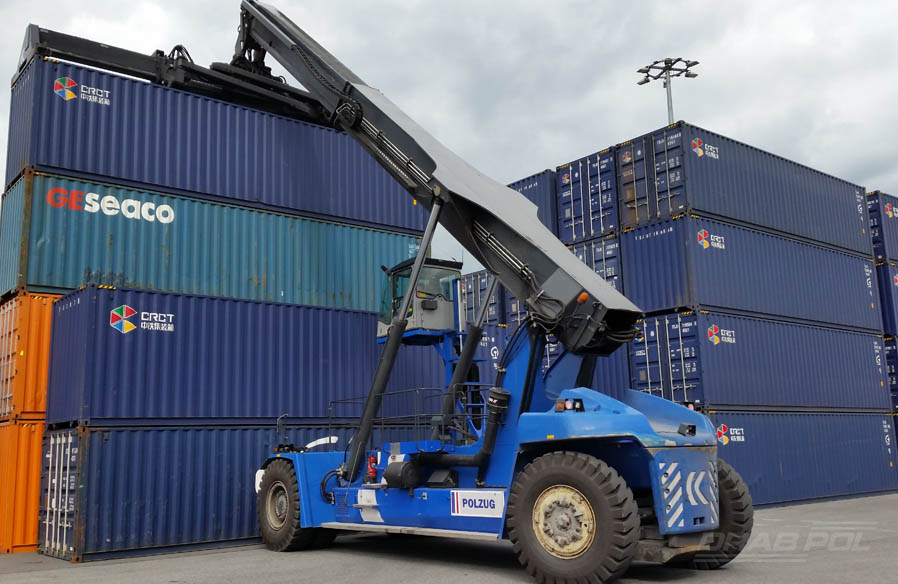 We would like to remind everybody that ContiPressureCheck system was already installed in two Kalmar reach stackers last year. Currently, there are nine machines of this type equipped with the CPC system. All of them work in land container terminal of Polzug Intermodal in Gądki. Remote monitoring of tire temperature and pressure in reach stackers working in harsh conditions- approx. 16 hours a day allows for effective tire control. In the above mentioned reach stackers, ContiPressureCheck system has been integrated with applied here vehicle management system provided by FrameLOGIC company. Pressure and temperature monitoring systems – CPC - have also been implemented to reach stackers working in other container terminals - land container terminal in Bertchi Intermodal Plock Sp. o.o. (reach stacker Linde) and PCC Intermodal Sp. o.o. in Kutno (reach stacker Kalmar). In October, four Kalmar Empty produced in Cargotec Poland Sp. z o. o. will hit the largest in the Baltic Sea Container Terminal (DCT ) in Gdańsk.

The equipment factory KALMAR in Stargard grows rapidly sending their products to the entire world. Container Handlers (ECH), are equipped with ContiPressureCheck system. They are used for moving and handling of empty containers. It cannot be ignored that with dynamic development of intermodal terminals both in Poland, as well as all over the world demand on transshipment equipment increases steadily. Considering significant advantages created by the tire pressure and temperature monitoring system in these machines, application of CPC system looks promising in this group of vehicles.