Confirmation of the reliability of mFAP

In the middle of last year testing department and technical office of Solaris Bus & Coach conducted prototype testing of a new Urbino 12 LE bus. The bus has been equipped with our state of the art mFAP driver's workplace. Today we can present results of this test with regard to our solution. The purpose of the test itself was to check the strength of the bus and identify possible sensitive points in the frame structure and the auxiliary systems.

In order to achieve this goal, it was prepared a mileage simulation of 500,000 km, which the vehicle would achieve in normal operation.

A course of test execution

The prototype undergone test on the TATRA test track with a specially prepared surface. Tested bus loaded to its technically permissible maximum mass of 18 000 kg and equipped with an additional cooling system for shock absorbers was subjected to forced vibrations.For evaluation purposes, the bus has been tested on different track surfaces according to predefined order, with an adequate number of repetitions and a specified speed. The total distance of one cycle was approx. 34 km and took about 1,5 h. During each cycle the bus traveled 20 km on special road surfaces. The test plan involved 6 cycles a day, including downtimes caused by less severe failures and technical inspections of the bus. Every day, after the completion of all series, the vehicle and its main components were inspected. 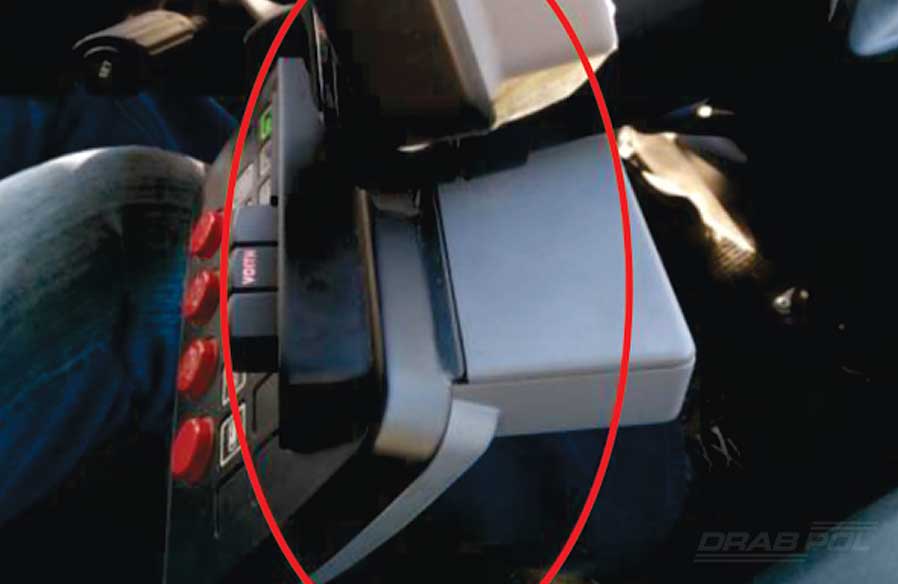 Testing also involved driver's workplace (mFAP) with the MVP display. It is safe to say that our cockpit "survived" all tests in very good condition. It was only noticed a cracking of the right casing of the display during all 58 cycles performed on hard surface. Considering the severe conditions under which the bus was tested, our driver's workplace finished the test with top grades. The test was performed on SOLARIS bus of the fourth generation - it is rather uncommon to apply such strenuous tests for newly introduced constructions. Damages revealed during the test confirm the right choice of construction materials and mechanical structures. Thanks to the test customers can be sure that equipment won’t fail in case of a long term operation. Moreover, those who buy used vehicles can see that there is no need to repair or replace the driver's workplace.

The mFAP was equipped with a 12-inch MultiViu ® Professional 12, display, which despite the extreme thermal conditions under which the test took place, was still readable. Moreover, dust did not affect the display, in spite of the internal circulation of the cockpit cooling air. From the test results we can conclude that the driver’s workplace with MVP display is a robust, lightweight, durable and modern construction. Once the test was completed, SOLARIS dismantled the bus, checking the "sensitive areas". Test shows that some elements should be structurally "slimmed down".

We would like to thank Solaris for carrying out the prototype testing of Solaris Urbino 12 LE with the new mFAP. Thanks to it, we could see how our cockpit managed, what else to improve or work on, and for what we can be satisfied now. Thanks to this experience we were able to see how our driver’s workplace performs on tests, what else to improve or work on and what can we be satisfied with? Weak points revealed during the test have already been taken into consideration, to prevent such surprises in the future.