Konvekta at IAA 2016 in Hanover

This year at IAA trade fair, presentation of Konvekta solutions took place at the two exhibition stands. At the first stand visitors could see air conditioning systems for buses, at the second one - only car refrigeration units. 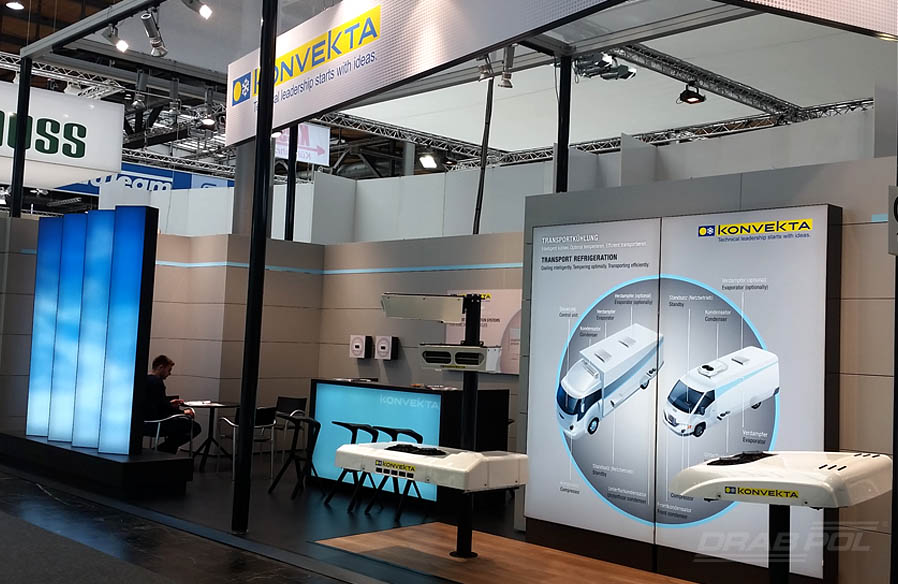 Konvekta has presented its air conditioning systems and car refrigeration units at the two separate stands.

The offer was supplemented by the drivers, which support heating, ventilation and air conditioning systems. A very important element of this year's exhibition was UL500EM CO2 air conditioner with a high-efficiency heat pump, which provides a suitable comfort to the passengers compartment and the driver's cab, and also provides cooling for the battery. It was carbon dioxide that was used here as a refrigerant.