This year we took part in MSPO Kielce for the 10th time. Our offer for the army has been increasing over the past years and new solutions were also present this year. For aviation sector, we presented our standard offer in the field of avionics, which is dedicated to helicopters, military aircrafts or unmanned aerial vehicles.

This year, our partners Honeywell oraz L-3 company – decided to present their comprehensive product offer. While our company is responsible for a particular group of products of these manufacturers, Honeywell and L3 decided to exhibit on their own stands. It should be noticed here that thanks to cooperation with Honeywell company we are a dealer of Honeywell Defence & Space products, and due to cooperation with L-3 company we are responsible for Wescam surveillance system. Of course, there were also mutual visits and meetings with Clients. 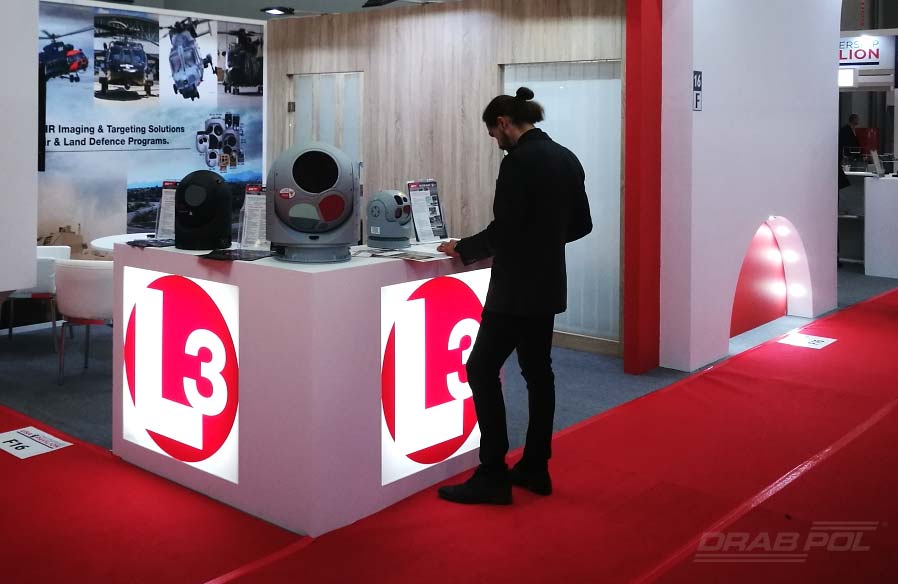 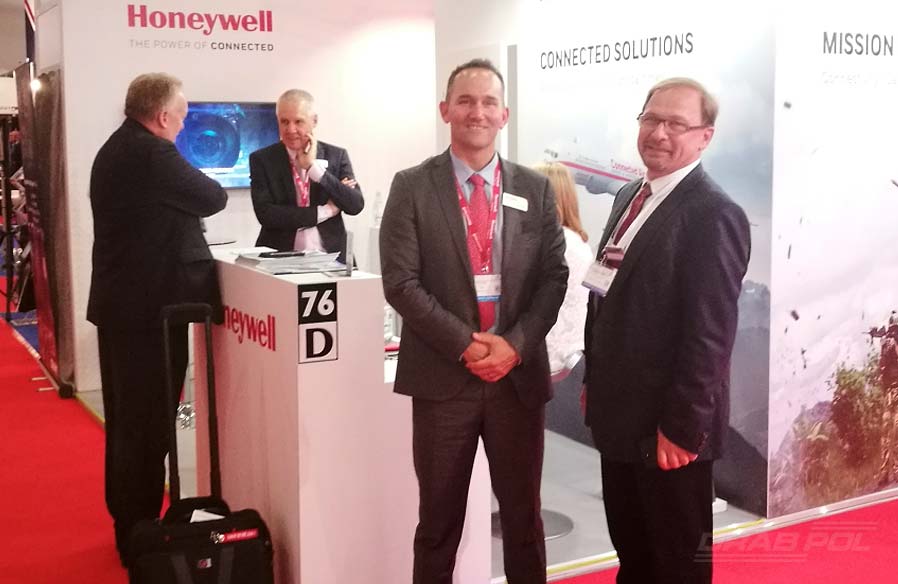 For the first time, at our stand we presented 6T lithium-ion batteries for armored vehicles produced by DENCHI Power, a company with whom we have been cooperating for several years. We promoted new solutions jointly with the representatives of Denchi Power.
The engine has been designed to provide an outstanding power source for manufacturers and users of armoured military vehicle, in comparison to power available from commonly used lead-acid batteries. 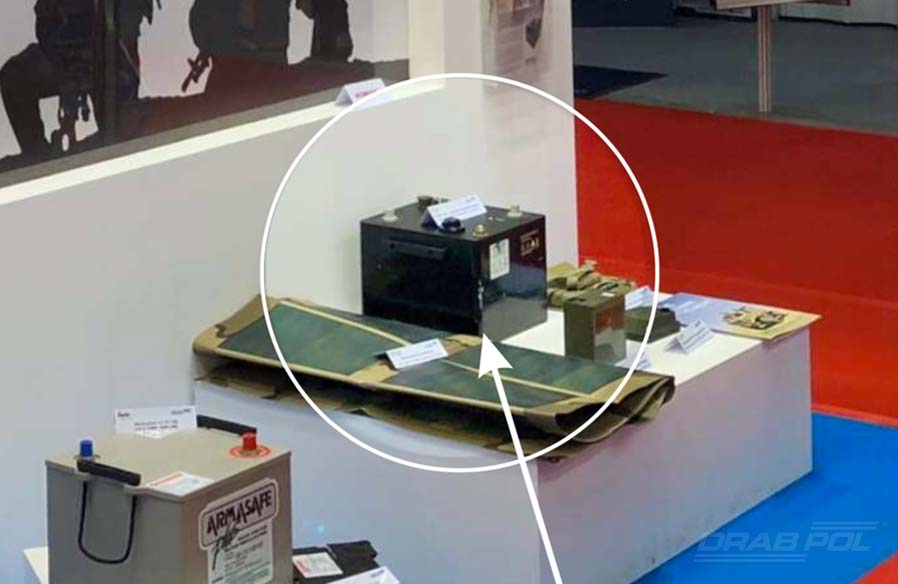 At the same time, new batteries have the same shape and dimensions as lead-acid batteries, manufactured according to NATO 6T standard. It should be noticed that one Li-Io 6T battery (capacity 85Ah, output voltage 25,2 V, weight 25 kg) can replace two acid-copper batteries, each of them in 6T standard with the capacity of 100 Ah, output voltage of 12,74V, weighing 40 kg (together 80 kg). 6T battery is equipped with a built-in charger and the latest and cutting-edge lit-ion high power cells with high capacity, which ensure starting, lightning and ignition for armoured vehicles, providing a silent watch capability (operation of electronic devices and tank tower with the exclusive powering from batteries). Thanks to built-in heater, the Li-Io 6T battery provides power, even under the most extreme conditions, power for main engine start in all vehicles starting from Main Battle Tank (MBT) to light armoured vehicles. Fully managed electronics of a built-in charger can be adapted to a wide range of input voltage. This feature ensures that lithium cells are charged in adjustable temperature and voltage ranges, which maximizes the safety of charging and lifespan of the cell.

At our stand we presented also other DENCHI Power- batteries,like small Lit-ionBB2590SMBusbatteryforpoweringelectronicequipmentofa single soldier or powering self-propelled robots for different military and police applications. We are happy that BB-2590 SMBus engines with appropriate charges were applied in two solutions, which were presented during this MSPO trade fair. The first of them is the Polish mobile robot BALSA for special applications, from Fenix series, constructed by Warsaw PIAP. 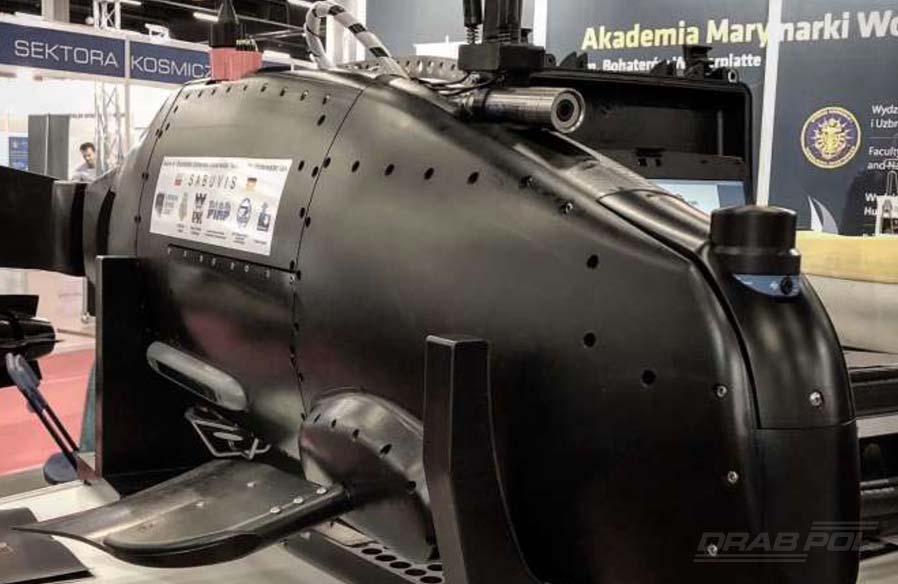 The other one is a propriety biomimetic underwater robot that was based on and resembles the carp. The robot is called “Cyber Fish” and has been constructed by engineers from the Cracow University of Technology for the Polish Naval Academy. This solution enables underwater reconnaissance before divers enter the action, as well as monitoring of water status for pollution or conducting underwater life research.

NEW MILITARY VEHICLES WITH OUR SOLUTIONS

At this year's MSPO there were lots of premiers connected with fighting vehicles of domestic producers. We are pleased to inform that many of them were equipped with our solutions.
At the stand of AMZ Kutno the main focus was directed towards new, armored amphibious vehicle - BÓBR 3. It has been equipped with the KIBES 32 on-board electronics system and a 7- inch MultiViu ® Flex Continental display. The second vehicle with our solutions was the multi-purpose armored personnel carrier TUR, where the KIBES 32 system and the FlexCluster multi-purpose display were used. 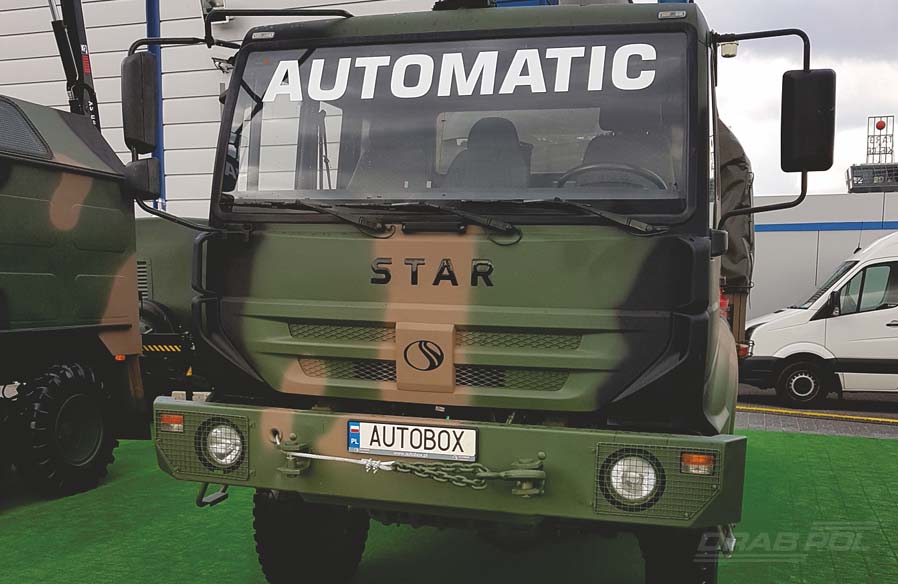 The FlexCluster dashboard could also be seen in the latest HONKER model and modernized STAR 266 M2 vehicle. Both of them were presented at the stand of AUTOBOX company. 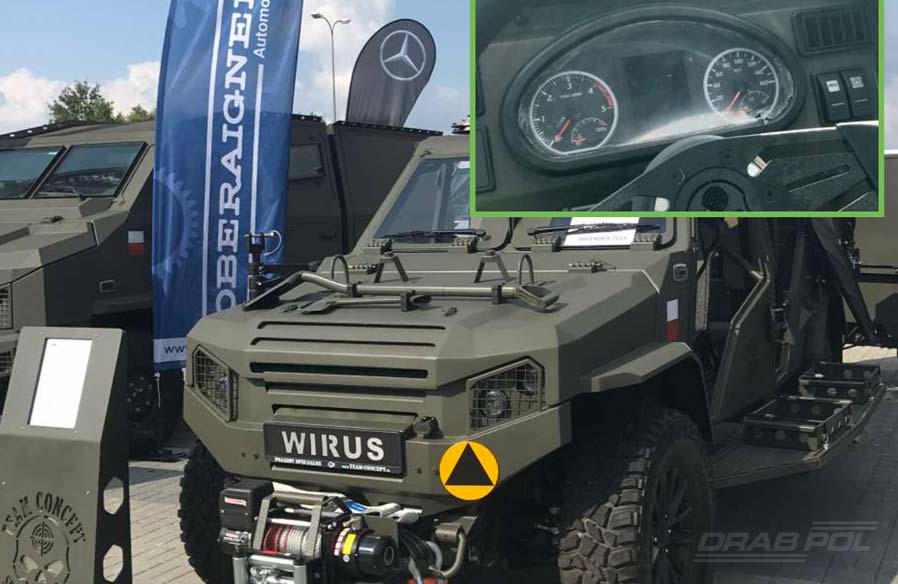 An exposition at the stand of Concept company from Bielsko-Biała, a manufacturer of the military off-road vehicles was also worthy of note. The company has presented, among others, a new version of the light high mobility vehicle LPU Wirus4-SOF . We had the pleasure to participate in this military project. For the above mentioned Wirus we prepared software dedicated to FlexCluster, dashboard, which presents information from the vehicle's CAN bus identically, as the original vehicle board (in the range agreed with the Customer) and additional information from devices that did not appear in the original vehicle version. The board also sends to the CAN bus information which are expected by other vehicle components (mileage, hour). What was important in this project, our software makes it possible to view errors of the engine (DTC codes). In addition, the dashboard is water-proof and resistant to weather conditions, which the Client also wanted.

At our stand, visitors could see solutions which were chosen by Clients and could get familiar with operation of these systems. Many of our guests were interested in the multi-purpose Continental MultiViu ® Professional 12 display, which, thanks to the software developed by our engi-neers, adapts to customers' different needs and requirements. Our offer, both for the aviation and land market, was complemented by HR Smith antennas – which became a fixed part of our exposition.

Nice accents crowning this year's trade fair were official congratulations and a diploma from the Kielce Trade Fair Management on the occasion of the 35th anniversary of our activity on the market.