CESSNA with the new avionics for training

In the last autumn, our PART 145 Maintenance Organization completed the modernization of the avionic equipment of the Cessna 172H aircraft, belonging to the Aero Club of Ziemia Lubuska, which we have been cooperating with for many years.

This aeroplane, intended for training, had an aviation incident a few years ago, after which, unfortunately, for a long time she waited for the repair of the airframe. 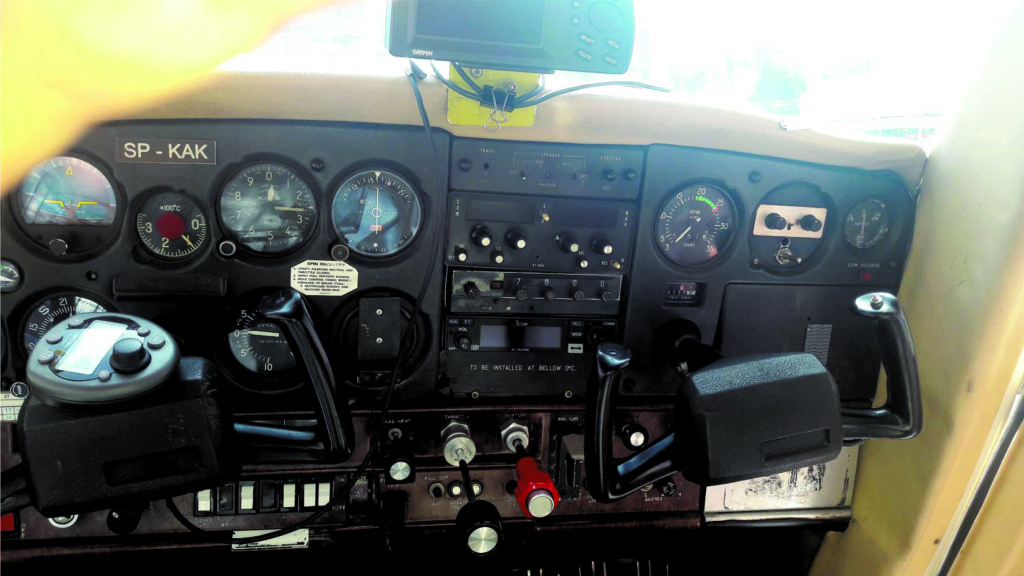 This was made by Aviation Services, a company known on the market, cooperating with us, based in Warsaw Babice airfield. Although avionics did not suffer much damage, it represented the standards of the 70s and 80s of the 20th century, i.e. it was obsolete.

Comprehensive aircraft repair gave the opportunity to replace the old avionics equipment with the latest systems at a reasonable price and in a reasonable configuration.

This modernization was based on the Type Approval obtained by the manufacturer for this type of aircraft.

Our PART 145 organization uninstalled the old mechanical flight instruments and replaced them with two Garmin G5 displays with full HSI. The proven, but already old Bendix King Bendix/King KX 155 NAV/COM system has been replaced with the popular GNC 255A Garmin navigation equipment.

We have replaced the "lever" audio panel with a separate intercom with Garmin GMA 342 audio panel with a built-in marker receiver and a 4-place intercom system. Cessna was also equipped with the most common GTN 650 Garmin WAAS GPS NAV/COM with touch screen – a device upgrading aircraft configuration from an analog IFR to an aircraft that meets PBN conditions. In addition, the Kannad ELT 406AF-Compact was installed and the aircraft is compliant with the new regulations that impose an obligation to have an ELT.

From the previous avionics, only the Mode S GTX 328 transponder and engine instruments remained, they are sufficient for aircraft operation but perhaps in the near future the Aero Club will decide to replace them. 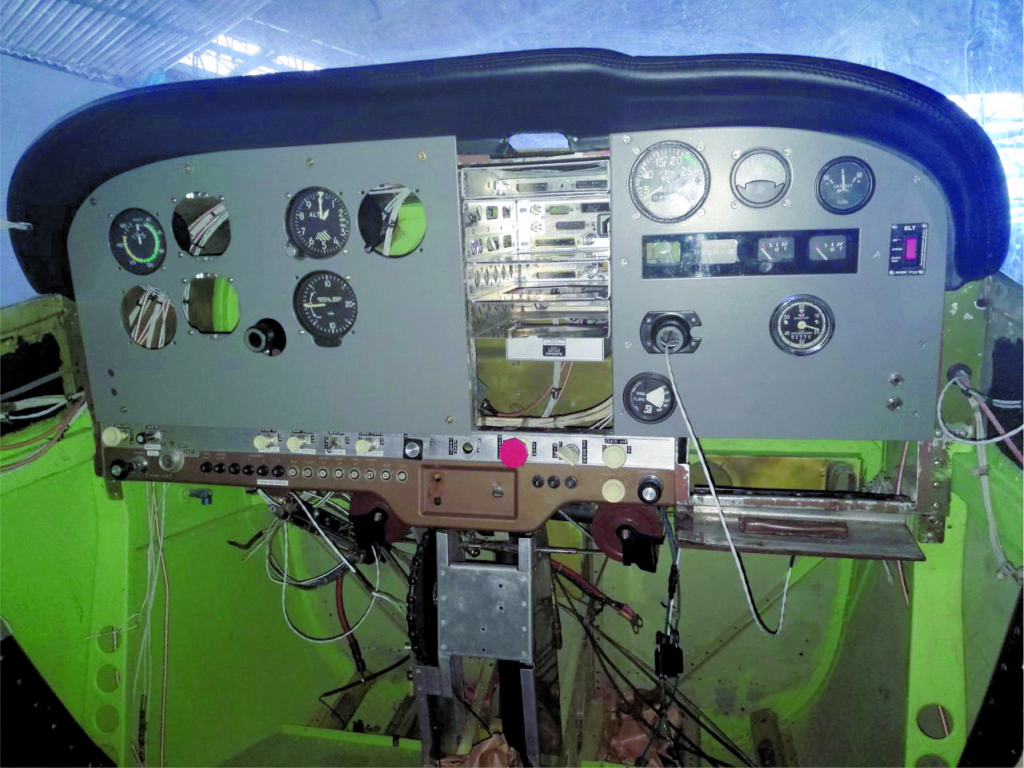 The old instrument panels with beige finish were replaced with the new grey ones during modernization. They are prepared for the installation of new equipment.

New instrument panels were also created during the replacement of avionics. We replaced the old panels with beige finish with the grey, matte panels, prepared for the new equipment.

Please note that in addition to the new avionics, the repaired aeroplane has been repainted, she has also had thoroughly refreshed seats, upholstery and rugs. She can be safely stated that training Cessna got younger by some 30 years and began training duties with new energy.